If you have ever heard EarthCruiser Overland Vehicles Co-Founders Lance Gillies and Michelle Boltz speak about what prompted the creation of EarthCruiser Overland Vehicles, the answer is consistent and straightforward, they love to travel and needed a capable, comfortable vehicle that enabled them to explore. Twelve plus years and hundreds of expedition vehicles later, it is clear that their desire resonates with a larger audience. “Travel evokes some really deep things in me…”,  states Michelle. Read on to hear how she has built a life around her passion.

Lance started EarthCruiser 12+ years ago and I’ve been involved in the ‘business’ for the last ten years. We started EarthCruiser because we both love to travel and there was nothing available to buy that would allow us to travel the way we wanted to ‘overland.’ At the time we were in Australia (which, as you all know, is an island—just a large one), so there was always the call to overseas. Lance, being a motor vehicle builder by trade, built the first EarthCruiser, took it to a show, and that was the beginning as we know it. Since then, we’ve made hundreds of people’s travel dreams come true, both locally, in-country, and overseas. There’s a lot to be said for that, and it has only made my desire to travel even stronger.

I was incredibly lucky to be born into a family that had the opportunity to go places. My dad was an airline pilot, and we thought nothing of getting on a plane to go away for a few days to a warmer climate during the Chicago winters to see friends, go to new cities, or investigate the next place my parents thought they might like to live. I have to say I didn’t necessarily see a lot of my own country, but with these last couple of years with EarthCruiser in Bend, Oregon, I’ve more than made up for that!

There is something deep within me that makes me feel most alive when I am outside of my comfort zone. It’s not an adrenalin rush but more of a sense of heightened awareness. Being keenly present in my surroundings is what travel does for me. At 16 I was an exchange student in a small town in southern Japan. English speakers were few and far between (and those that could were advised that speaking English to me would only prolong my inability to adapt). I lived with a variety of local families and went to ‘high school.’ It was one of the hardest things I have ever done, but one that shaped my life in more ways than can be imagined. It also made me realize that most things are not as scary as they sound, people are generally good, and travel is an inherent part of me. Since then, I’ve been really fortunate to get to places that few will. I’ve spent time going ‘overland’ from London to Nairobi in the mid-90s, Vladivostok to Istanbul in the late 90s, southern China and throughout other places in Asia, as well as Australia and North Africa. Between those times I lived in many different countries and then settled with Lance in Australia, where I thought I really wanted that ‘white picket fence’ existence. Funnily enough, it didn’t last long as I don’t really think I am one to settle down on a permanent basis.

Travel evokes some really deep things in me. There’s nothing like getting to a city and immediately knowing where you are by the smell. It’s nice to be a guest in another persons’ environment. It leads me to a greater understanding of people in general, but also traditions, cultures, situations and history. Every time Lance and I travel, it is always with an eye to the next EarthCruiser adventure. I’ve been to plenty of places that I would love to return to in our EarthCruiser to see things from a different perspective or get a chance to meet more people and spend more time on the streets in bars and coffee shops just observing other people’s lives. Though some of my favorite trips have been more ‘local’ – I love to spend time anywhere in Montana. We’ve spent some fabulous time with some customers exploring Native American sites in the Southwest. Frankly, my favorite ‘quick’ trip is one that is between four to five hours from home, Hart Mountain Antelope Refuge and the hot springs at the very top. It was one of the first places we went when we arrived in Central Oregon and we’ve been there in nearly all seasons. Each time it is a different but amazing experience. It was the first place I saw a wolf in the wild, and you can’t beat the big starry sky on a clear cold night from the warmth of the spring. Most times it’s the little things that we forget that make an experience worthwhile. 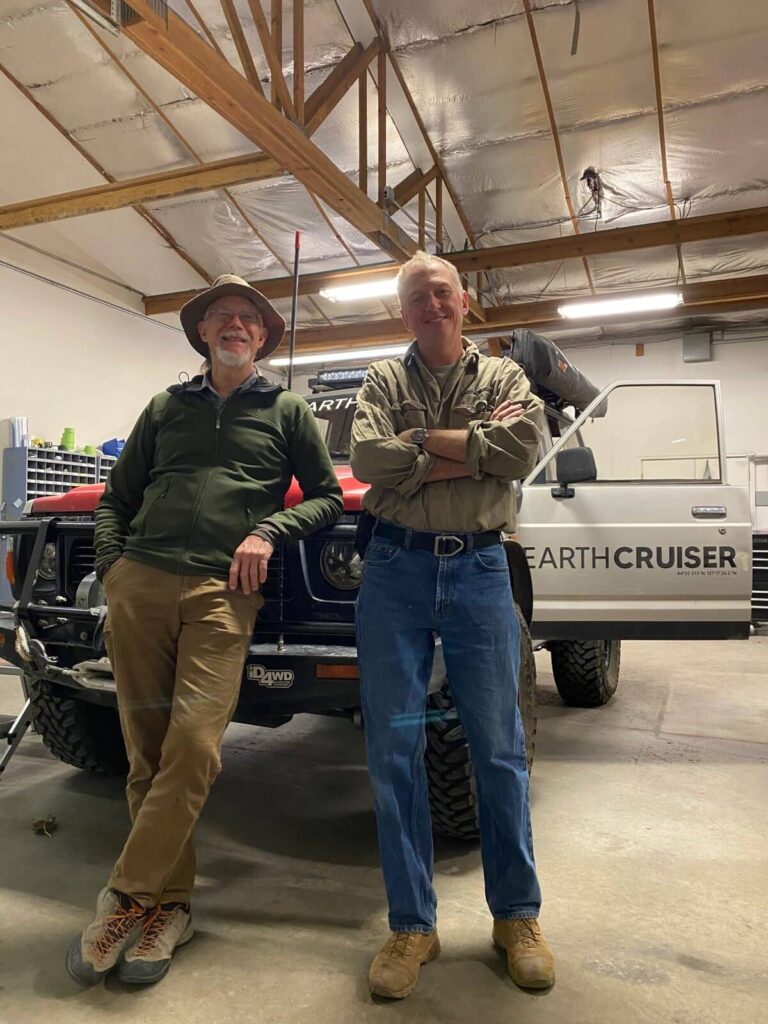