Why Namibia Should Top Your List of Overlanding Dream Destinations 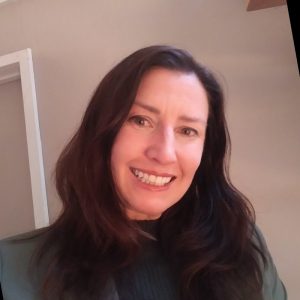 Namibia is one of the rare overlanding destinations that hits the sweet spot between rugged and approachable. The driving there is rough and remote. Still, you won’t likely break your vehicle, find yourself stranded, or put yourself in danger. You’ll want to watch for signs of elephants and lions while making camp, but you’ll rarely find yourself too far from a cold beer. Seemingly endless miles of gravel roads provide just enough challenge to build an overlander’s confidence without feeling insurmountable. In short, things work, but traveling there remains a proper adventure

Namibia is one of the least densely populated countries on the planet. With over half the relatively small population residing in just a handful of urban areas, you’re virtually guaranteed to have the country’s sweeping views all to yourself.

It is home to the world’s oldest desert, containing the tallest sand dunes found anywhere on earth. These dunes are formed from the red sands of the Kalahari, which blow into the Orange river, and are carried up the Skeleton Coast. You’ll find the Fish River Canyon in the south, the largest in Africa. The country’s center is home to savanna plains dotted with towering red granite rock formations and jumbles of boulders. Two mighty rivers bookend the long, narrow arm of the country; the Okavango and the Zambezi. Every corner of the country offers something spectacular.

The Namibian road system is an overlander’s dream. Just 4,000 of the country’s 31,000 miles of roads are paved. The remaining 27,000 miles are gravel and dirt. They are constantly rotated through a system of grading and maintenance. While corrugations can form during the busiest tourists months, it seems even in the middle of nowhere you can come across a team of graders working their way down the road. Watch for warning signs of elephant and warthog crossings – the most common traffic jam in the remote Damaraland region.

During the wet season, you may have to fjord the occasional river, but most of the driving challenges come in the form of deep, soft sand. Driving the beaches of the Skeleton Coast offer a good challenge with the reward of complete solitude. The sand road leading to the famous acacia trees of the Deadvlei is so frequently a spot of tourist boggings the park service now keeps a tractor on hand to transport those without the equipment or know-how. Traction mats, lowering your tire pressure, and a bit of confidence will usually get the job done.

Namibia is an animal lover’s paradise. It is home to more wild cheetahs than anywhere else on earth and nearly half the planet’s black rhino population. Desert-adapted elephants roam the dry plains in the northwest, and fur seals breed on the shores of the Skeleton Coast. 687 species of birds call Namibia home, from penguins to parrots, flamingoes to ostrich. Its diversity is staggering.

The country’s crown jewel is Etosha National Park, an 8,000 square mile protected area home to lions, leopards, elephants, rhinos, giraffes, and a bewildering array of antelopes of every size. Best of all, it’s an easy park to navigate in your own vehicle – no safari guide required. The park’s four-legged inhabitants congregate near water sources in the dry season. This makes finding prides of lions and gigantic herds of elephants relatively easy – just stake out one of the park’s waterholes and wait. Campgrounds within the park feature floodlit waterholes where you can sit with your choice of ‘sundowner’ beverage and watch as rhinos and giraffe take their turns drinking.

You won’t go hungry or grow bored with the culinary options in Namibia. Thanks to multi-cultural influences, robust farming, and trade, the possibilities abound. Topping the list is the multitude of meat options on the menu. There is almost always a protein front and center at every meal, from biltong to Boerewors, beef steaks to game meats. Kabeljou (Silver Cob) and oysters are readily available and served fresh from the sea along the coast. The meat-adverse shouldn’t worry, though; there are plenty of fruits and vegetables available, and larger grocers carry an array of foods catering to vegan and vegetarian diets.

The country’s colonial and immigrant history has strongly influenced its food. In the outback town of Solitaire (population 4) sits a bakery creating apple pie and German pastries from scratch. Potjiekos, Dutch-influenced stews prepared in cast iron pots, are staples on menus at home and in fine-dining establishments.

To truly eat like a local, you will want to try pap, a dense maize flour porridge that accompanies most meals. It’s so ubiquitous you can even find it at fast food outlets. The adventurous can seek out mopane worms – dried caterpillars served as crunchy snacks.

The people of Namibia are as beautiful and colorful as its landscape. It is home to over two dozen languages with rich, evolving histories. The languages of the indigenous Bushmen are complex and filled with clicks. You may hear German spoken in the shops of Swakopmund and Afrikaans in the capital. A Herero woman wearing a dress with petticoats will share a conversation in Otjihimba with a Himba woman wearing an animal hide skirt and ochre.

A network of Living Museums has been established throughout the country where communities can share their traditions. You can walk with the Ju/‘Hoansi-San as they teach you how to forage for medicinal herbs and start a fire with a hand drill. A community of Damara in the north performs traditional dances and games for those wishing to learn about their way of life. It seems most everyone you meet is happy to share with you a bit about their history, culture, and traditions.

With its rugged backcountry, challenging roads, and free-roaming wildlife, Namibia offers enough to hold the interest of even the most seasoned of travelers. At the same time, with a large percent of the population speaking English, an oft-admired infrastructure, and an aversion to corruption, Namibia remains accessible to most overlanders with good planning and driving skills.

Ellen Wayte has spent over a decade working in tourism as an overlanding tour leader, scuba instructor, naturalist, park ranger, and concierge. As a tour leader, she has led adventure holidays through over 40 countries on five continents. She has guided clients on expeditions from Cape Town to Cairo, across the Silk Road, throughout South America, and the Indian subcontinent. She is passionate about wildlife and can often be found with binoculars in hand.

Ellen Wayte has spent over a decade working in tourism as an overlanding tour leader, scuba instructor, naturalist, park ranger, and concierge. As a tour leader, she has led adventure holidays through over 40 countries on five continents. She has guided clients on expeditions from Cape Town to Cairo, across the Silk Road, throughout South America, and the Indian subcontinent. She is passionate about wildlife and can often be found with binoculars in hand.