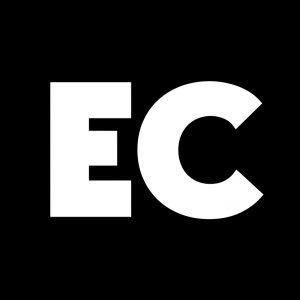 For our next Owner Stories installment we had the pleasure of catching up with August and Jill Wheeler, our CORE Vehicles DIY customers. This couple is no stranger to designing and constructing van builds and they’re taking it to the next level with their new project. Read on to learn about the Wheeler’s, how their approaching their CORE build-out, and what others should think about if exploring custom outfitting.

You can follow their build-out and adventures on their Outside Nomad YouTube channel and meet them (and their rig) in person at the EarthCruiser booth at Overland Expo PNW July 8-10th.

How did you find your way into becoming such outdoor lovers?

I (August) grew up in Seattle but we didn’t spend time out in the country and camping when I was a kid. I got into that on my own in high school and college, especially mountaineering. I climbed Mt. Rainier and became involved with the world of backpacking, camping, and climbing. At the same time, I also started cycling and raced competitively in high school and for the University of Washington. All of that planted a love for being outdoors.

For me (Jill), I had a similar upbringing to August. I did gymnastics as a sport and didn’t get exposed to outdoors and biking until college. August introduced me to camping and mountain biking. We really connected around solo sports.

How did you two outdoor-adventuring lovebirds meet?

The medical industry brought us together. We met in Seattle in 2001 while working in a hospital, August was starting nursing and I (Jill) was a radiology tech. He first invited me on a ski trip and we were off from there. We moved to Idaho in 2004, in part to be outdoors, and got married in 2006. We really liked the medical field because of the schedule for travel and flexibility for lifestyle.

What was your progression to your CORE build-out, did you start with a van or another vehicle?

We started in a Subaru and then transitioned to a canopy on the top of a Toyota tundra to give us coverage on the back with a  sleeping area. From there we picked up a $500 pop-top camper and strapped that onto the Tundra. In time we re-built it then sold it and made some money. From there we got a proper “4 Wheel Camper”pop-top that we enjoyed for a couple of years and eventually sold that too.

In 2015 we transitioned to a van and knew we wanted to go forward with this lifestyle and started building it out with that in mind. We got our hands on a 4×4 after-market conversion, which was a game changer and made it into the ski/bike rig we wanted. It also gave us a glimpse of being able to go further than the average. We were always trying to push for that next camp spot further than everyone else. We also love to ski, so snow capability is huge for us.

We took time to learn about being entrepreneurs and going to events like RV entrepreneur summit gatherings to network with other folks while doing full time work from the road. We ultimately ended up remodeling that van three times. It was before starting the last remodel that we decided to live in it full time.

What made you decide to go all in with van life living?

We’d always been fascinated with being able to work remote and travel full-time so we actively set out to learn as much as we could and see how to pull it off. In healthcare we see the worst. Like, the person who retired only to die soon after at 65. We saw more for our lives and didn’t want to wait.

We started working on skills to build websites, doing some blogging and affiliate marketing to build a little income. Once comfortable with where we were financially, the goal was to quit and switch to part time status and leave for 6 months. Thankfully with travel nursing we can easily pick-up spots so it’s a lot of security to fall back on.

When did you make the leap?

It started in 2019 when August quit and we were working on the big remodel and prepping the van to the point Jill was able to pull the plug with her full time job. She quit 5 days before covid hit.

How did you find your way to EarthCruiser and CORE Chassis?

There’s not a lot of other options out there because you can’t get a stock 4WD in the U.S. We also prefer the cabover design on the CORE chassis for the shorter wheelbase, turning radius, and parking capabilities. We were also attracted to the fact EarthCruiser uses tested and proven standard parts. This makes it easy to work on and we can pull it into offroad shops and they’re familiar with it. Everything is serviceable, which is critical if out of the area or country.

We picked it up on January 28th of this year. We had ordered it pre-Covid so between the pandemic and supply chain issues it took awhile. In the meantime, we sold our house thinking we’d be ready to hit the road but with all the global delays we had to rent a shop and work like crazy through February for a basic build to get us to Scottsdale, Arizona, where we stayed with friends in a much warmer winter climate than Idaho.

The early work was focused on framing and cabinetry and now we have electricity, and completely functional heating, electrical and showering systems. What’s left are the finishing touches but the bones are there.

You were the first CORE DIY customer and we’ve all been excited to see your build come to life. What considerations did you make when designing your house?

We hands-down knew we wanted more space in the house. One foundational element for our build design is to keep our bikes inside the vans, which are big space hogs, but we need to be able to keep them inside. The van had a curve in the roof so it pinches off the design and you lose a lot of space compared to a Total Composites box, which is a consistent 2 inches thick. We were able to go wider and gain 10 inches and increased sleeping space.

The nice square box shape feels roomier and the cab-over style was really important to add a little length to the living space but keep the vehicle length the same. Now we’re only a foot longer than our van. We’ve been able to park in standard parking spots unlike a 30-foot RV.

Obviously offroad capability was crucial as was off-grid systems. We have a ton of batteries, 1100amp hours lithium and solar and we’ve never needed to plug it in.

What other customizations did you make based on your van life experience?

We added an electric induction cooktop, and we have an inverter running 24/7 and we do a lot of work on laptops. Water systems were also important. We wanted to be able to take a shower, so we upped the water tank capacity and built a dedicated shower so you’re not standing over the composting  toilet.

We have both a standard shower and the option for a recirculating shower that is  run through a filter system and UV light so in places like Baja where freshwater is a pain you can easily rinse off with a recirculating shower. We realized it would preserve water to extend stay out where at.

We also hear you have a few businesses you’ve been running from the road. Tell us about those.

First is Outside Nomad which started as a travel blog. We have a DIY build group as a resource for advice for people who want to build something similar or have questions. We want to help people through that process and are now bringing in overlanding and nomadic lifestyle topics such as: build-outs; travel tips and hacks; ways to earn side money; and examples from others how they did it. We want to be a community resource for people who are currently building out more groups and resources, such as courses and a DIY build book.

The other is FlexFixx, the portable home gym. It can be a struggle to work out in small spaces so right after Covid we started playing with ways to create a fun solution that was travel friendly and came up with this kit. The FlexFixx Portable Gym is designed to consolidate gym equipment into a portable tote. We integrate balance and resistance training, and offer entry to advanced level workouts. The kit includes balance board, wrist/ankle straps, barbel grips, 2-piece bar, 3 resistance band weight sets in 2 different lengths, and door anchor. We like to use the balance board with our stand-up desk.

Last but not least, what’d you name your CORE DIY build?